Khel Mahakumbh 2022: Gujarat’s sports commission organizes the Khel Mahakumbh for all of its residents. Sports participation is promoted for everyone, including seniors and students as well as men, women, and young people. There are numerous sports available for all demographic groups of residents; there is no age or demographic standard for everyone. These sports are open to all participants. You will learn everything there is to know about the Khel Mahakumbh in 2022. To learn more about it, read the article all the way through.
Gujarat’s Sports Authority was created to make it easier to implement state and federal sports legislation as well as to promote and raise awareness of sports.

28 games are included in the Khel Mahakumbh, which is a commoners’ tournament in the state. Aims of the competition are to promote athletics and the sport business in Gujarat. Citizens of the state will gain, but so will the government. Through the competition, the best players will be discovered, and they will be in peak physical and mental condition. The 11th edition of the competition will take place in 2022. Ahmedabad’s Sardar Patel Stadium will host the event on February 17, 2022, under the leadership of Prime Minister Narendra Modi. He was Gujarat’s Chief Minister in 2010 when he initiated this project, which is now an annual event.
Specific age groups participate in the games. The Khel Mahakumbh games are open to players of all ages. Even if a player has a physical disability, they are not disqualified from participating in this annual sporting event. 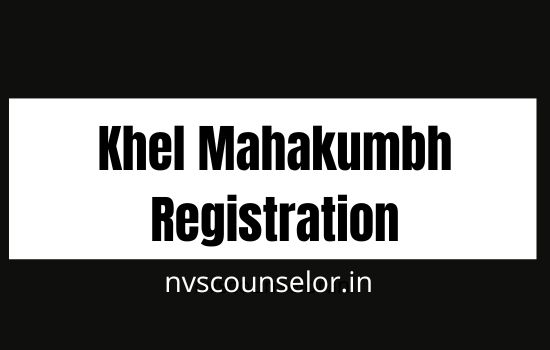 Candidates who want to compete in the games at the Khel Mahakumbh must meet the following eligibility requirements. Candidates who are ineligible will not be permitted to participate in the event. Although there are no very strict and specific criteria that must be met, candidates must acknowledge them prior to submitting their application for participation. The following considerations must be made:

The prize money may vary depending on the Sports Authority of Gujarat’s decision. We are only providing you with information from previous years. We recommend that you visit the official website for complete and up-to-date information on the Gujarat Khel Mahakumbh 2022 prize money.

How to register for Khel Mahakumbh 2022?