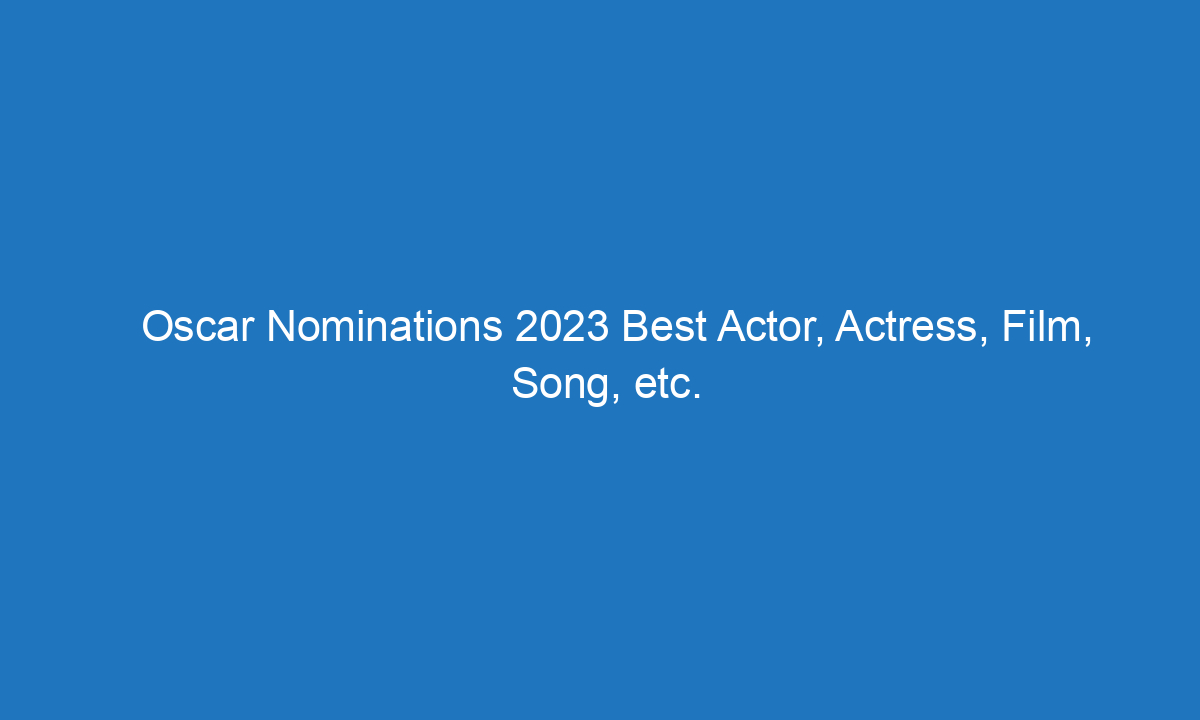 Oscar Nominations 2023 will be officially announced today i.e. 24th January 2023 at 7:00 pm as per Indian Standard Times, millions of people like you and me are eagerly waiting to know Oscar 2023 nominations, iIt is widely expected that Avatar: The Way of Water could be one of the five Oscar nominations for Best Picture this year, stay till the end of this article to get more information.

The 95th Academy Awards is all set to take place on 12th March 2023 at California’s Dolby Theatre, it is going to be held as always to honour the films made in 2022. The event is going to be televised by the American Broadcasting Company (ABC) in the United States of America, it will be produced by Glenn Weiss and Ricky Kirshner. James Christian Kimmel a.k.a. Jimmy Kimmel will be the host of this award show.

It is being speculated that the film RRR made in India can also be named in the Oscar 2023 nomination this year, If this happens, it will be a great honour for the Indian film industry, RRR is a successful film which has given Indian cinema a new identity around the world, this picture has already won the Golden Globe Award and Critics Award, if it is shortlisted for Oscar 2023 Nominations, then It will be a great honour for us.

Oscar 2023 Nominations for the following titles are going to be released today.

Below, we have shared the listed expected Nominations for various, know their names from below.

Once the 95th Academy Awards Nominations will be released officially, we will update it above along with other remaining 15 titles.

Where to watch Oscar 2023 Nominations Live?

Audiences will be able to watch Oscar 2023 Nominations live by visiting the official website at or You can even watch it on various Social Media Platforms, the announcement of Nomination of all 23 categories will start at 07:00 PM (Indian Standard Time).

Note, after the announcement of the 95th Academy Awards nominations by the Academy of Motion Picture Arts and Sciences, final voting will take place from 2 to 7 March 2023 and the awards will be distributed on 12 March 2023.