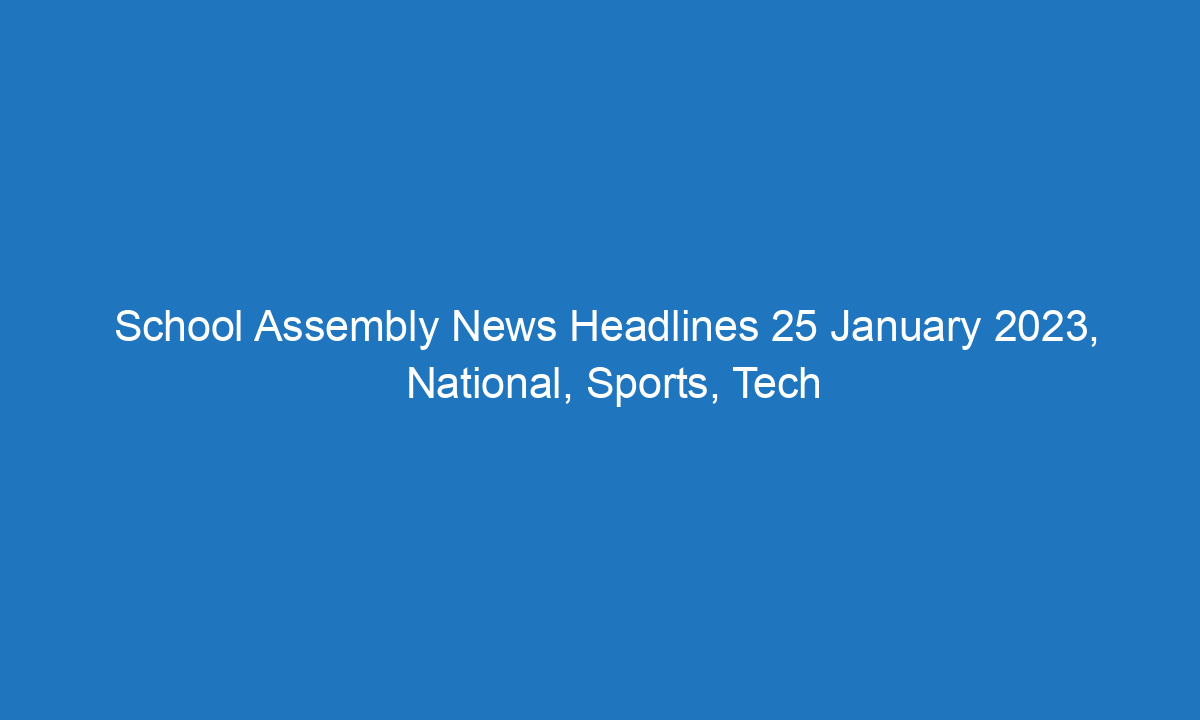 As we know, every student in the school has to speak News Headlines in the Morning Assembly to keep the school staff and students aware of their surroundings. These news headlines are spoken before the closing of Assembly gatherings and are usually before the National Anthem. So if any student who has the duty to speak these headlines need to check this post because we have mentioned many latest news developments. You should collect your School Assembly News Headlines 25 January 2023 here and then write them down to use. Usually every student gets a chance to speak about this news section so they need the content which they have to speak on the stage. There are three types of news which are delivered on Stage known as Sports, National and International. Students can check all these types of news headlines here and then you have to note them down so that it becomes easier for you to speak them on the stage.

There are many National School Assembly News Headlines given below from which you can choose Top 5 to speak on the Stage.

All the students should pay attention to this table for Major School Assembly News Headlines 25 January 2023. You can speak these important news in your school to inform the Staff and Students about ongoing developments in India and World. Students can pick top 5 News Headlines from each section and then speak the same in their school during the assembly. For your ease, we have mentioned each and every news headline precisely so that you can speak it easily on stage without any fear.