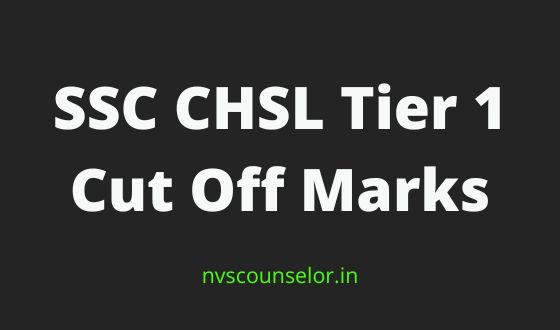 SSC takes a variety of criteria into account when determining the cutoffs for the various categories of the CHSL. The following are a few examples:

How to Check the SSC CHSL Tier 1 Cut Off Marks?