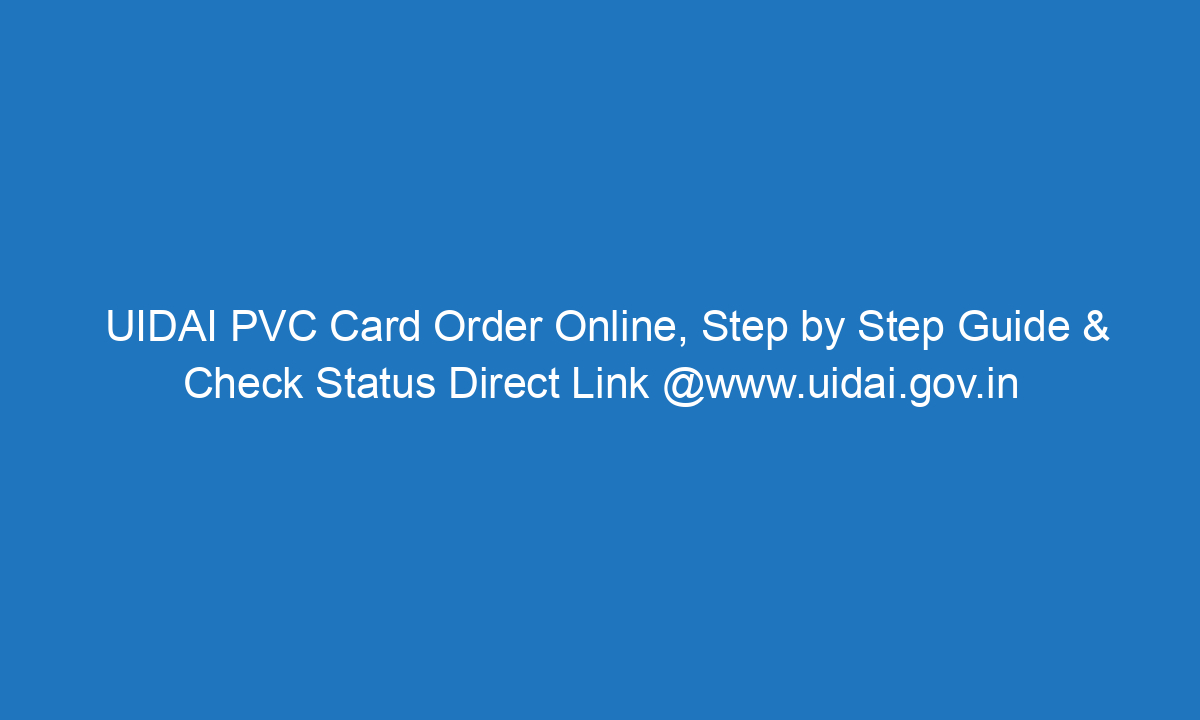 The Aadhaar card is an important document that acts as proof of identity and address for an Indian citizen which should be with everyone today as without it you cannot do certain things in your life. It is a 12-digit UIN issued by the Unique Identification Authority of India (UIDAI) Government of India. Earlier Aadhaar card was a paper card but, since October 2020, UIDAI launched a polyvinyl chloride (PVC) Aadhaar card and now the card comes with the latest security features.

Thus, to make the Aadhaar Card more convenient for citizens, the Unique UIDAI has launched a PVC Aadhaar Card which is good than the paper ones. Here we will tell you how you can apply for UIDAI PVC Card Order Online, and also how to track UIDAI PVC Card Online 2023 Status so keep checking this page.

What is a PVC Aadhaar Card?

Aadhar card is an essential document of identity earlier it used to come in paper material but it became difficult for the citizens to carry it everywhere, so UIDAI has started giving Aadhaar cards in the form of PVC, giving more convenience to the citizens. It is small and strong like an ATM/Debit card, which is free from the problem of tearing, and also you can take it outside with you in the rainy season without having any issues.

Aadhar PVC Card is the latest Aadhar card introduced by UIDAI the PVC Aadhar card will have a digitally signed secure QR code with image and address details along with various security features, so it has become safer than earlier. It is designed like an ATM card and now it has become easy to carry a person in his/her pocket. It can be ordered online via uidai.gov.in or Resident.uidai.gov.in using an Aadhaar number, Virtual ID, or Enrollment ID and paying a nominal fee of Rs 50.